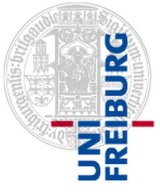 In the second chapter, I evaluated the adequacy of presence-only data from within one developing country’s boundary to calibrate national species distribution models. I used spatially explicit information representing predictions from the species’ global environmental niche (potential distribution) as an additional predictor (prior) in regional models aiming to improve predictions. The use of priors did not lead to improved regional predictions; meanwhile, the correction for sampling bias led to improved predictions whichever prior was used, making the use of priors less pronounced. Under biased and incomplete sampling, the use of global data did not improve regional model performance. However, the actual improvement could not be quantified without enough bias-free regional data. Nevertheless, predictions from global models, interpolated to regional scales, can still have great potential to guide future surveys and improve regional sampling in data-poor regions.

In the third chapter, I assessed the sensitivity (robustness) of a spatial conservation prioritisation application in an exemplary data-poor developing country to common sources of uncertainty, which are related to the quality of available species distributional data and the choice of some of the user-defined software parameters. I also evaluated the effectiveness of the Egyptian protected areas network for conservation. Conservation planning in data-poor situations was found to be sensitive to the selection of the surrogate group, correction for sampling bias, connectivity parameters, and the choice of modelling algorithm; collectively, these reflect data quality issues. Results showed a lower limit for data quality for the usefulness of the spatial conservation prioritisation approach, demanding improved data quality for data-poor countries. Using currently available data on the Egyptian butterflies, reptiles, and mammals, the Egyptian protected areas network was found inefficient for wildlife conservation. I determined the top priority sites for further on-the-ground field evaluation as potential areas for protected areas expansion.

Despite the promising results of improved predictions after correcting for sampling bias in data-poor developing countries, this improvement is not guaranteed and hence should not be considered a replacement for the urgent need for improving sampling strategies for the collection of biodiversity data on as many taxonomic groups as possible. Improving sampling strategies and data-quality from data-poor countries (mainly from the less visited areas) will consolidate the use of species distribution models for conservation planning in these areas.