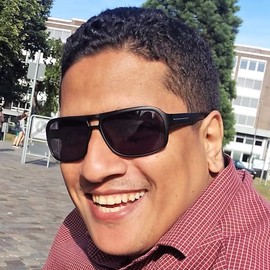 I am a conservation ecologist trained in Egypt (BSc), the UK (MRes), and Germany (Dr. rer. nat). I am interested in spatial-, quantitative-, and macro-ecology, biogeography, and biodiversity conservation. I am particularly interested in data and methodological challenges in this realm.
My research is mainly focused on studying the spatial distribution of biodiversity and the prioritization of conservation efforts. I am interested in understanding factors determining species distributions in time and space, mainly using the overarching methods of species distribution modelling.
Previously as a master student at the University of Nottingham, I modelled the distribution of the Egyptian reptiles under current and future climates, and studied the the potential impact of anthropogenic climate change on them. Then, as a doctorate student at the University of Freiburg, I studied some issues affecting the reliability of presence-only species distribution models for wildlife conservation in developing countries.
Currently, I am working as a postdoctoral researcher at the Ocean Acoustics Lab, Alfred Wegener Institute (AWI), Helmholtz Centre for Polar and Marine Research, Germany. I am interested in modelling the spatio-temporal distribution of baleen whales in the Southern Ocean.