There are 61 species of butterfly recorded from Egypt, two of them each with two subspecies recorded, making 63 named taxa in total.

Two species are endemic to Egypt. The Sinai Baton Blue Pseudophilotes sinaicus is considered to be Critically Endangered under the joint threats of global warming, overgrazing and over-collection of medicinal plants. Action is needed to support Bedouin initiatives to limit grazing, and to solve the problem of over-collection for medicinal purposes. The population of the other endemic, the Sinai Hairstreak Satyrium jebelia, must also be very small, and urgently needs reliable assessment – it is probably also Critically Endangered but is here categorized as Data Deficient.

Three subspecies are also endemic to Egypt, but two of them (the Mariut Skipper Carcharodus stauderi ramses and the Mariut Verdigris Hairstreak Tomares ballus mareoticus) are now probably extinct. They were only recorded from the Mariut region and further west along the Mediterranean coast, and have not been seen for about a century. The remaining endemic subspecies (the Cairo Skipper Spialia doris amenophis) needs an assessment of its conservation requirements.

There are three main hotspots of butterfly diversity in Egypt: the southern Sinai mountains, Gebel Elba and the Mariut region near Alexandria. The first two are well covered by the Protected Area system (St Katherine PA and Gebel Elba PA respectively); the third has probably been destroyed by the rampant building programme west of Alexandria, and with it the endemic subspecies noted above.

A possible hotspot identified around Cairo and further east is probably an artefact of recording effort. Subsidiary hotspots are also apparent. Those of Siwa and the Qattara Depression are very under-recorded and it is hard to know without further fieldwork whether this prediction will be borne out. In the mountains behind Wadi Gemal are small mountain areas predicted to have reasonable numbers of butterflies: fortunately this is contained within the Wadi Gemal PA, but it too needs fieldwork to test the prediction. More recording effort is badly needed to clarify the status of Egyptian butterflies, especially those that are possibly extinct.

This assessment provides an agenda for action by decision-makers, rangers and scientists:

The 12 relevant species for action are: 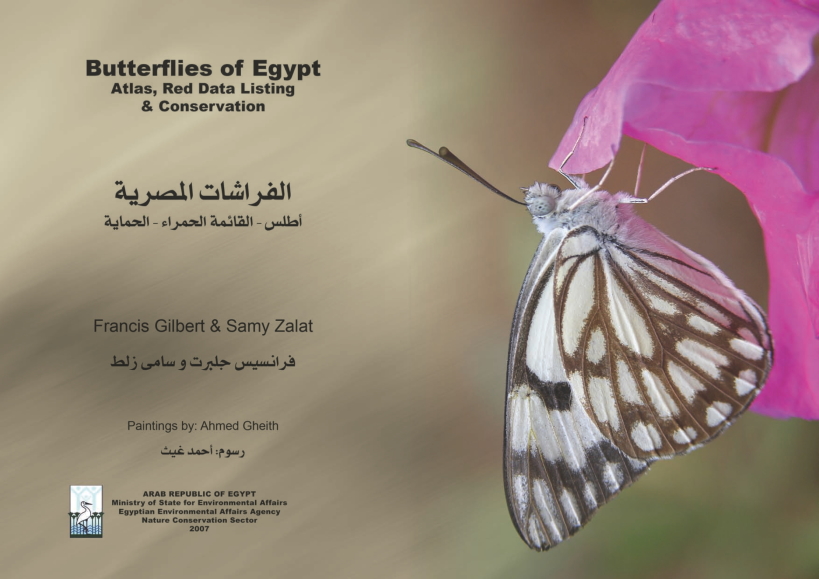