There are 110 species of mammals recorded from Egypt. The 93 terrestrial species are reasonably well known, but the marine mammals are very poorly known with at least 17 recorded species.

There are five main hotspots of mammal diversity in Egypt:

From the point of view of mammal diversity, the existing network of Protected Areas does not seem adequate for future conservation require-ments. New Protected Areas will be needed in the lower Nile Valley, along the north coast between Alexandria and Salloum, the northern part of Gulf of Suez and perhaps in the Qattara depression.

With respect to the Egyptian Investment plan (1997-2017) for land use in Egypt, it is obvious that Siwa is threatened by all four of the major elements of the 2017 plan (urban, agriculture, tourism & mining); the Mediterranean coast is seriously threatened by three elements (urban, tourism & agriculture); the Red Sea coast and Gebel Elba are threatened by two elements (tourism and mining).

In our opinion, the areas planned for tourism on the Mediterranean north coast represent the major threat to mammal biodiversity in Egypt.
This assessment provides an agenda for action by decision-makers, rangers and scientists:

The 17 relevant species for action are: 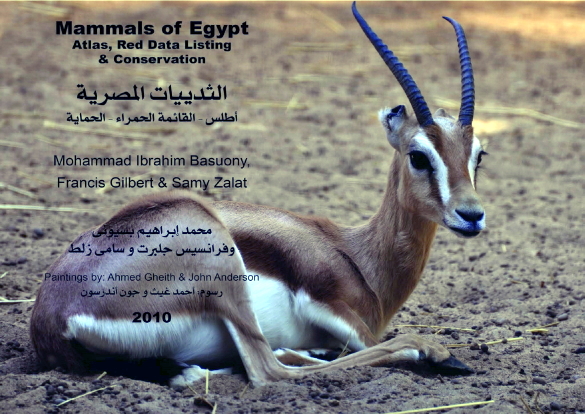